I have to be honest upfront that I am not a big video game player and have only played Halo enough to do research on the gun. Seems like a cool game, just too many other hobbies to take up my time. I found the AR interesting as it is similar to the pulse rifle from Aliens in function and capabilities. I used the game to grab a few reference photos. I think the ones below were from a web search. If they are your photos, thank you and sorry for not citing you, it was 6 years ago and I had never intended to post. 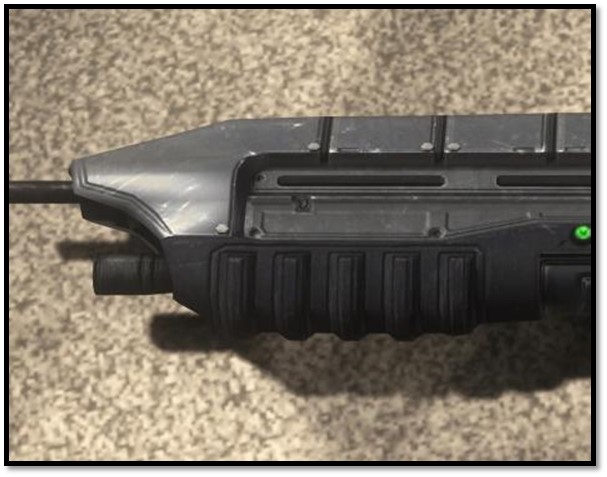 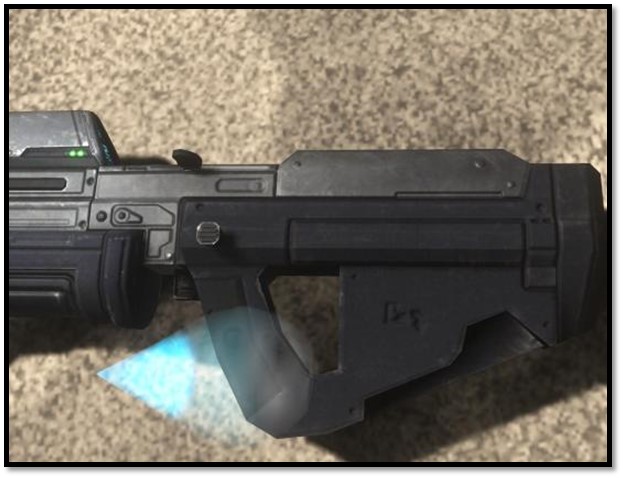 Using a casting from “Adam of the 405th” who trade some electronics for a rough cast I was able to build an AR relatively quickly. The piece came as one solid casting. There were some decent seam lines that had to be filled and sanded out. This was especially annoying on the forward grip. I then cut several piece off. The first was the area depicted below by the orange dotted line. I removed this piece to facilitate the addition of the electronics. I also cut out the magazine area so that I could remove it. 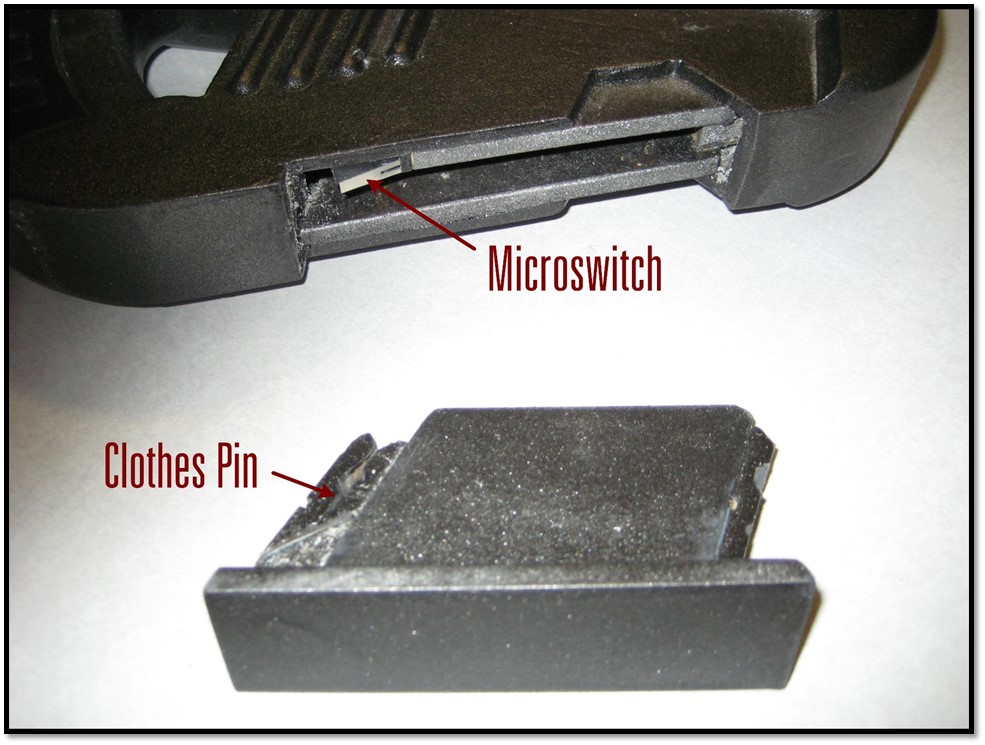 I also added screw posts into the battery well on the top so that batteries can be removed and replaced easily. 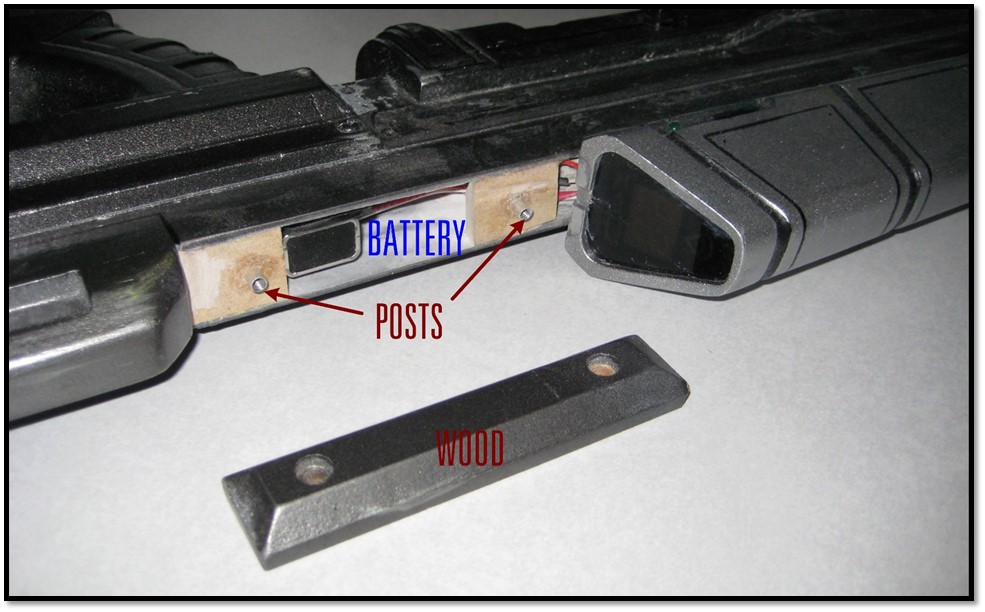 The electronic in the screen housing were the most difficult component. Internally all of the electronics were arranged as:

I should note that I did custom electronics on my own for this project. Based on a 16 bit PIC microcontroller I was able to display the ammo, read all of the inputs and output 2 channels of audio. The screen was setup to be backlit. I cut a stencil out of vinyl and glued the 7 segment led display into place. I then backlit the whole thing with a pair of blue LEDs.

Adding a small power LED on the side, I closed it up and gave it a test run:

Then it was on to a lot of paint work. It is mostly spray paint with some weather with acrylic paints. It is worth noting that all of the black outlines were actually done using a permanent marker. In addition, the grip was finished spray vinyl to give it a little rubberized texture. 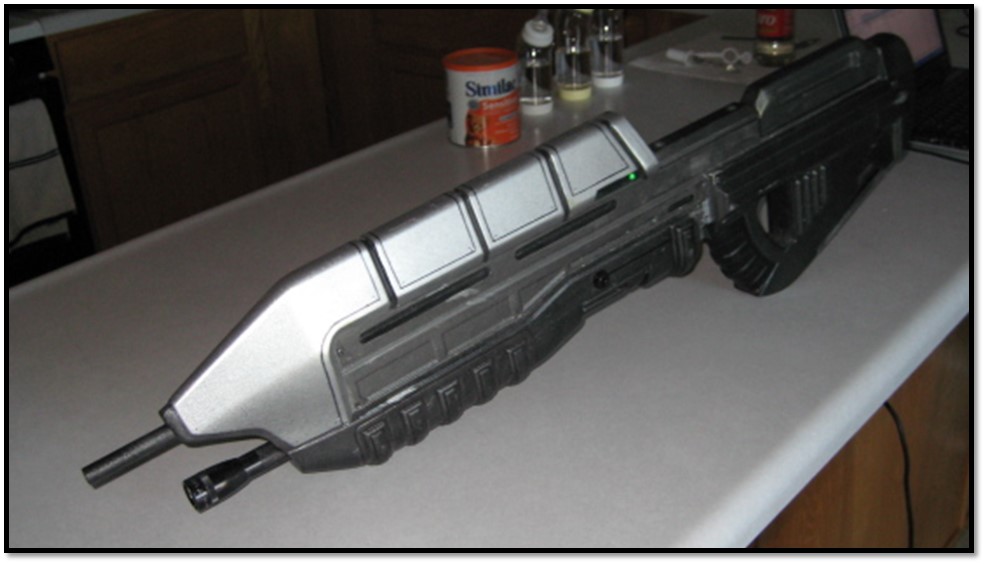