I don’t currently own a 1911 but that doesn’t mean I don’t appreciate what can be done to customize them. A friend and fellow aviator came to me looking for a set of grips with aviator wings carved in. I was happy to help.

The grip texture proved to be the most difficult part. I tried setting up a grid of lines and having a v-bit follow those lines but the results were horrible. In the end, I was able to create a shaded height map of the grip that was able to be cut using a 1/32in tapered ball nose bit. The results are amazing and the points ended up being quite sharp. 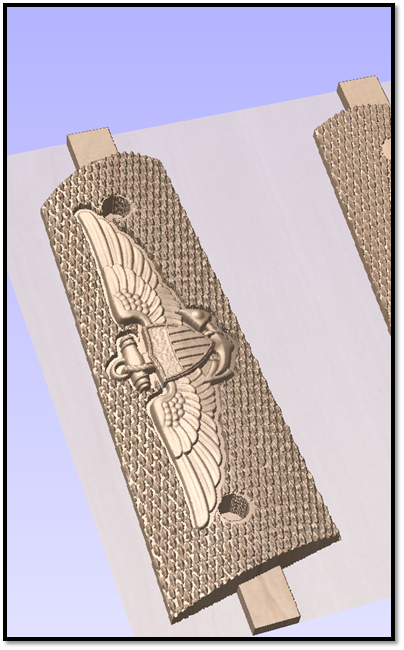 Unfortunately I did not have a 1/32in bit. I hoped over to www.precisebits.com. I cannot say enough great things about this company. I have even had an hour conversation with them on how to optimize my cutting, free of charge. This one hour conversation about the capabilities of their bits and how to optimize my machine has saved me hours of cutting time and tool life. About the only down side to them is the $50 USD minimum order which often means you have to buy more than you need. I loaded the bit into the machine and blank of rosewood. 3 hours later I had a set of grips hot off the CNC. Even with my speeds set pretty high I was never able to get over 30ipm on my cuts due to the 3D profile and acceleration values of my machine. The grips were then finished with an oil. 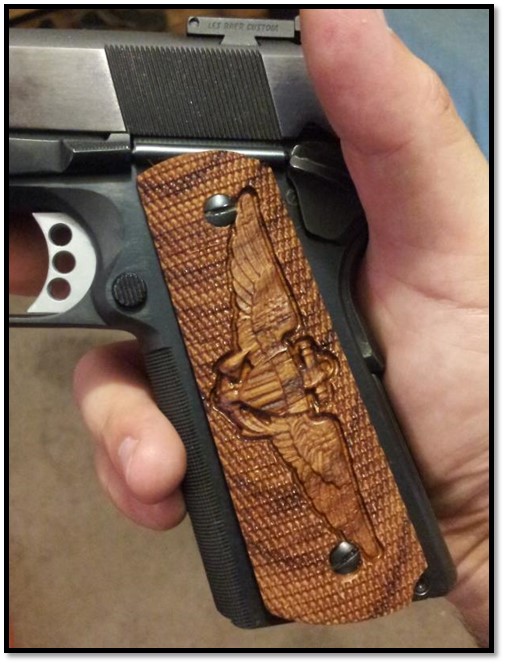 After other saw the grips, a retired Master Nav (Airforce) contacted me and request a similar set of grips with his warfare insignia. I followed the same procedures as above and successfully created the following: 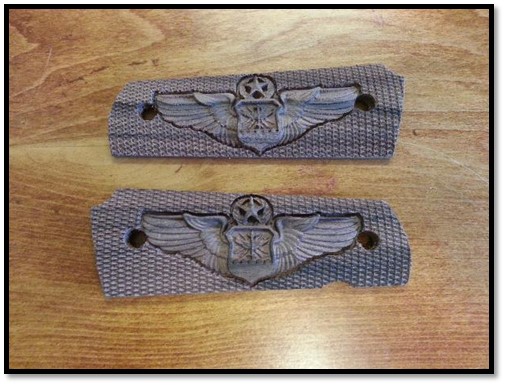 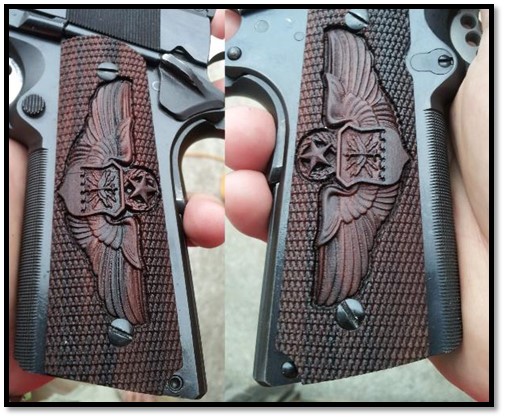 These turned out beautifully. The grips have really tested my machines ability to go small. As a result I found some lost steps in the z-axis, which through hours of trials were found to be being caused by a wireless keyboard and mouse latency issue. The lesson learned, again, is do not use wireless keyboards and mice, I really don’t know why they cause so many issues but they are just bad news.